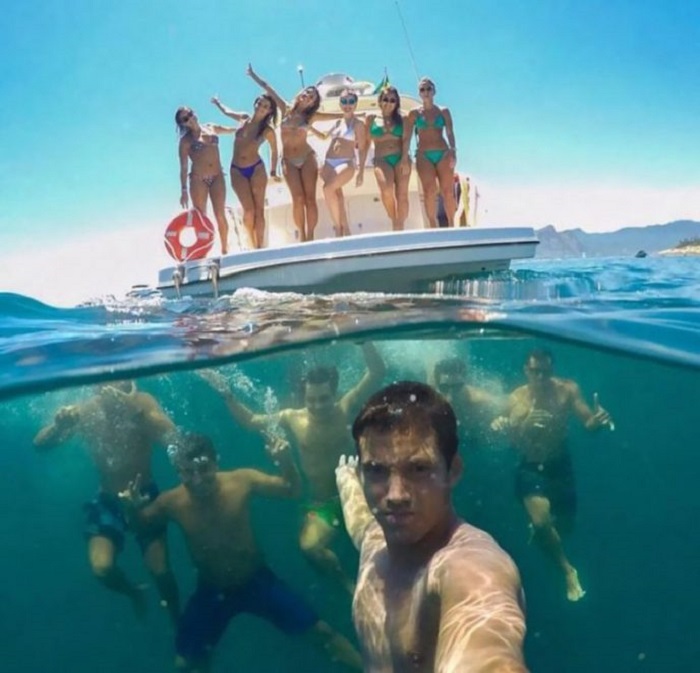 David Doubilet (born November 28, 1946) is a well known underwater photographer known primarily for his work published in National Geographic Magazine. He was born in New York City and started taking photos underwater at the young age of 12. He started with a Brownie Hawkeye in a rubber anesthesiologist's bag to keep the water out of the camera. During his summer holidays, he spent his time along the New Jersey coast in Long Branch, later residing in the city's Elberon section. He later worked as a diver and photographer for the Sandy Hook Marine Laboratories in New Jersey. He also spent much time in the Caribbean. While a dive instructor in the Bahamas, he found his motivation to capture the beauty of the sea and everything in it. Doubilet's passion for underwater photography is inspired by environmentalism: "The desire to make an image that makes people think about, fall in love with, and protect the sea."